Cycling through the blue gem of Pakistan: Neelum Valley-I

Living a routine with the anticipation of an adventure in upcoming time is the hope that keeps you motivated. We had been planning to cycle through Kashmir for a while now and in 2014 we finally executed it. Kashmir is known for the word “Paradise on Earth” which truly explains the beauty of the area. In the mid September, 2014 we got right weather and space from our routine to cycle through the beautiful neelum valley a.k.a the blue gem of Pakistan. True, that wasn’t an ideal time to visit Neelum valley, we could turn out to be only visitors in the valley but we the unusual way to visit by bicycles was on. 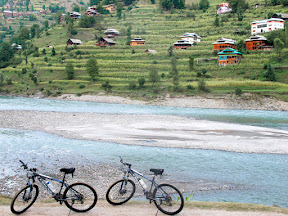 We were well aware of the hardship we would be facing and the first to admit that we were remarkably unqualified for such a hazardous undertaking. But that was precisely the point of our journey; we would like to think an ordinary person is capable of anything.

The trip wasn’t connived as an adventure, in the sense of something to be proved or conquered.
When the people asked us why we were doing this, our usual answer was “Why not?”

We were at Jhelum & we had to set off late night bus to reach our destination early in the morning. We went on-board at 2am from Jhelum and were welcomed with the typical music in the bus; this gave an unusual beginning to the journey. The temperature fell dramatically when morning in Muree suddenly got rainy. Approaching our destination, we found the weather of Muzaffarabad to be cloudy and warmer than Muree. We were hoping for clearer weather tomorrow and in the next few days as we knew riding in rain would be tougher. Typical breakfast of the city gained our intention; crisp, salty layered bread (Bakarkhani) is a feast of Azad Kashmir. Its taste makes it popular among the local people as well as visitors. 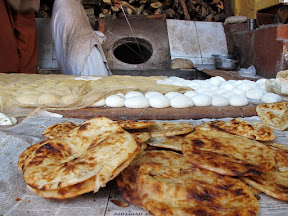 Typical breakfast in Muzaffrabad with Bakarkhani 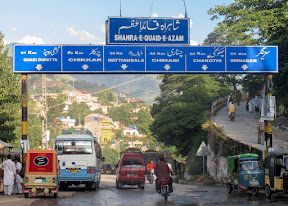 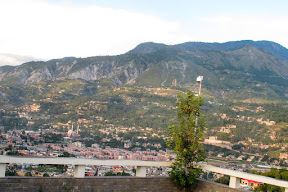 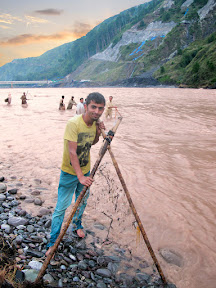 "Winters are coming, so we are collecting woods, which we will use in homes"
"How many you have collected so far?"
"I am trying to get in the freezing water"

Big questions remained yet to be answered when we go ride on the road. How the people welcome us? How difficult the road would be? Lets ride and find those answers.

Today we were suppose to enter Neelum Valley. Today, our destination was 40Km away at the village of Nausehri. A bit lengthy and we needed to start early but unfortunately we couldn’t. We couldn't miss out the delicious local breakfast with “Bakarkhani”. We left at 10.30am.

Sun was warm with no clouds on the sky. Neelum River was going to accompany us all the way up to our final destination. Road was steep within the city and we doubted how the road would follow. Fortunately it started to become flat and easier to ride on. We covered 5Km in our first burst which took us 2 hours. 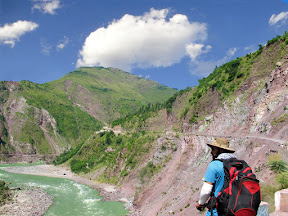 Riding along side Neelum River 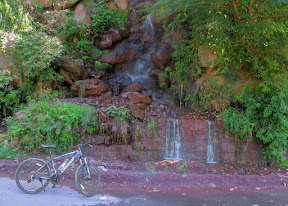 One of number of founts on the way

We decided to stop after 20Km at Pattika for lunch and have some time off road to avoid the heat. We had lunch in a decent “Marco-polo Inn”, peaceful hotel on the bank of the river. We ordered their local cuisine Makayi ki Roti (Bread of corn flour), 3 types of Saag (spinach or other leafy vegetable), Karri (curry made with yogurt and gram flour), Walnut Chatni and Lassi (drink made from a yogurt). Everything was full of taste and really touched our taste buds. We loved the food and the location. Highly recommended!!. We left at 4.15pm 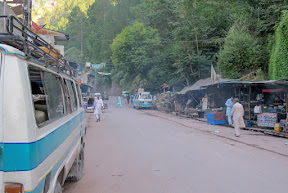 A view of the Bazaar in Pattika 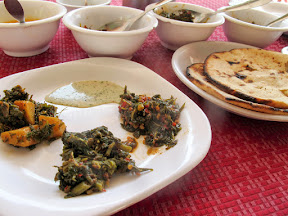 Lunch with the  local cuisine in Pattika

Along the way, we meet a traffic police officer. He was surprised to see our choice to visit Neelum Valley on bicycles. His expressions were, “what made you think you can try this on the roads of Kashmir?” The gentleman advised us not to reach Nausehri because there we will not find any hotels for stay. We were happy and surprised with his kindness. He said, “It shouldn’t be a surprise for you that I am advising and making sure you are safe, I am a public servant and I am here to serve people”. After the discussion we were convinced we should stop before Nausehri, but where? 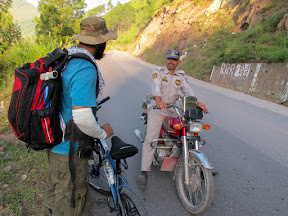 “It shouldn’t be a surprise for you that I am advising and making sure you are safe,
I am a public servant and I am here to serve people” 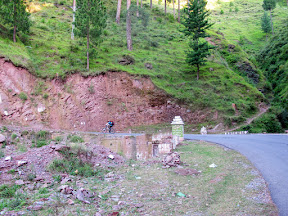 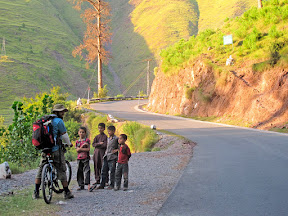 Meeting with local kids on the road

We reached Panjgran at the sunset, but unfortunately, the only hotel was not functional. Suddenly, we felt grounded but we held ourselves together and decided to move forward. A local, Mr. Majid was observing all this, and he came to us and offered us a place at his home which we accepted with slight hesitation.

This was Majid’s village; he and his brother run loader trucks in all over Azad Kashmir. His home was destroyed in 2005 earthquake; other than the roof everything damaged badly. No aid reached to distance areas in Kashmir and he rebuild his home on his own. Majid has a cute boy, who was not interested in cell phones and computer games. Majid try his best that he and his family follow Sunnah (is the way of life on the basis of the teachings and practices of the prophet Muhammad (P.B.U.H) and interpretations of the Quran).

Majid knew the roads & estimated distance in Neelum valley, as he drove across them many times. While discussing with him, he said we should not go ahead of Kel because of the road and cold weather.

We had red beans and rice in dinner which was a simple and delicious combination. We sat down, used hands instead of spoons and enjoyed alot. While having dinner Mr. Majid told us people here rarely eat Roti(bread) at night and prefer rice.

We couldn’t reach Nausehri today according to our plan, and now our final destination is Sharda. We reschedule our day itinerary & this goes to the fact that, no matter how good your plans are, there is every possibility you need to change them, so be flexible, adapt what changes and go on. 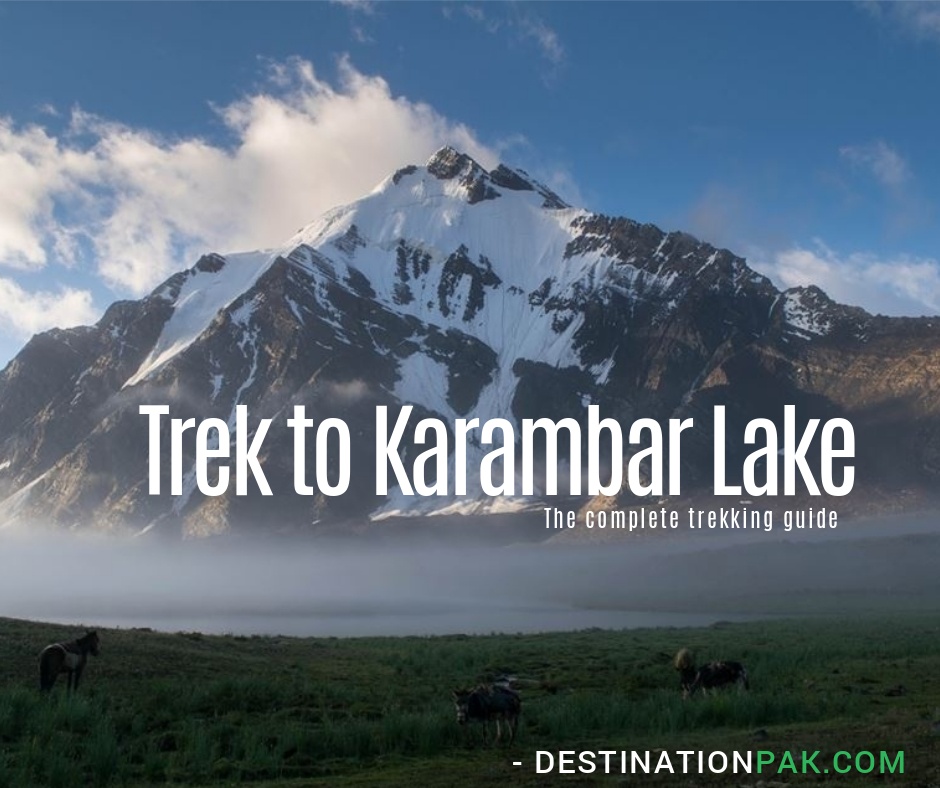 Trek to Karambar Lake is a must in the bucket list of an adventure lover. Trek difficulty level is EASY but involves multiple hours trekking so prior trekking experience will be preferable. The trek is one of the most diverse treks in northern areas of Pakistan and has many entry and exit points to the lake. It is also one of the most beautiful treks. Karambar lake lies on the boundary of Broghil valley in Chitral and Ishkoman valley in Gilgit Baltistan. The easy and shortest route to Karambar lake is from Chitral side (via Mastuj, Broghil valley). It took us 11 days for the round trip from Islamabad with spending two nights at the lake.

After exploring "Golaghmuli village" early in the morning, my hunger made me find my way back to the hotel. “Anda-Paratha-Chai” was a perfect typical combination of breakfast served in the bright sunshine. It was expected to be a hot day, and the terrain to "Langar" was not expected to be friendly either. Dry and dusty mountains with steep ascents having no sign of trees were waiting for us. I was already exhausted in the rough and tough day when we reached Teru. 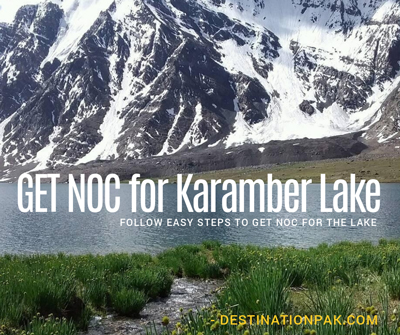 Get NOC for Karambar Lake

Cycling through the blue gem of Pakistan: Neelum Valley-III

This was possibly our last day of cycling in Kashmir and the roughness of the road was bugging us before the ride. It was suppose to be uneven, narrow, twisting and abrupt; for which we had to be careful. We got our gear set early and got ready for the ride. We had to cover 42km towards our destination Sharda, on a comparatively difficult route; we set off at 8:45am. 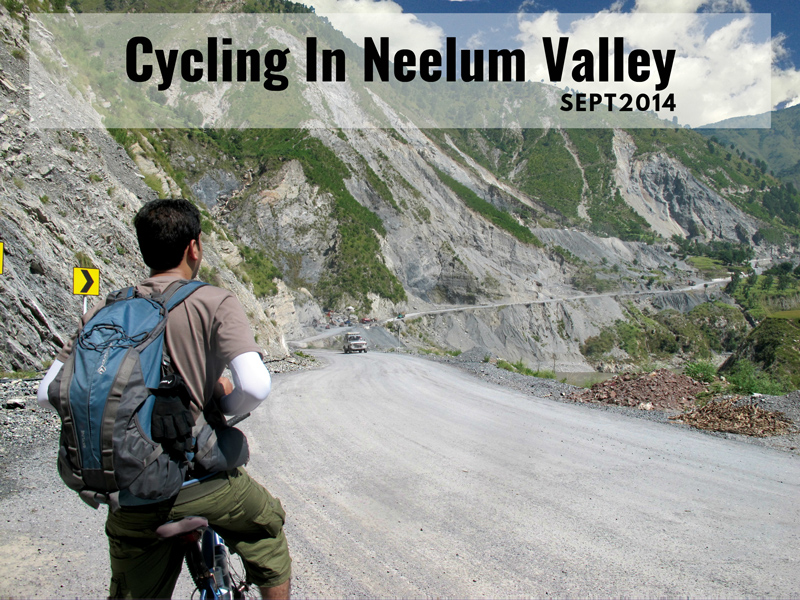 Cycling through the blue gem of Pakistan: Neelum Valley-II

We woke up early (6am) to leave for our today’s destination Kundal Shahi. Breakfast was served in a traditional way and a strong cup of tea sprinkled a new life within us. A sunny and warm day welcomed us on the road again as we left Mr. Masjid.